There is no difference in postoperative pancreatic fistula (POPF) rates between PG and PJ, as well as individual variations, except in a high-risk anastomosis where performance of a PJ may be preferred. The routine use of glue, trans-anastomotic stents or omental wrapping is of no proven benefit. Externalised trans-anastomotic stents may have a role in mitigating the risk of a clinically relevant POPF in high-risk anastomoses. Pancreatico-enteric anastomosis is an important component of reconstruction following PD even though it is fraught with the risk of development of a POPF.

Adherence to the tenets of anastomotic reconstruction and performance of a safe and reproducible anastomosis with a low clinically-relevant POPF rate remain the mainstay of achieving the best outcomes. Appropriate selection and opportune use of fistula mitigation strategies may help provide optimal outcomes when faced with the need to perform a high-risk pancreatico-enteric anastomosis. 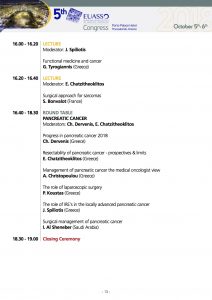